The Intergovernmental Panel on Climate Change (IPCC) fifth assessment report has pointed out that global warming is intensifying, and the frequency and intensity of extreme climate events such as high temperature and heavy rainfall will increase significantly (IPCC 2013). The weather and climate disasters have also increased and had a very serious impact on social stability, economic development and people’s lives . Probabilistic analysis of drought events plays an important role for an appropriate planning and management of water resources systems, especially in arid or semi-arid regions characterized by low annual or seasonal precipitation. In particular, estimation of drought return periods can provide useful information for a proper water use under drought conditions. As the changes in the frequency and intensity of extreme drought events bring great threats to natural and social systems, studies on the drought events, especially on the analysis of statistical characteristics of extreme drought events, have attracted the attention of an increasing number of scholars in the recent decades.

In this study, the analysis of extreme values of standardized precipitation-evapotranspiration index (SPEI) was performed to evaluate the potential future changes in drought characteristics in Keramn, Sharekord, Ahvaz and Bandar Anzali stations which are representing the warm and arid, cold and semi-arid, warm and semi-arid and humid climate respectively. The capability of three global climate models in simulating temperature and precipitation during the base period (1976-2005) for four climate zones of Iran (Ahvaz, Bandar Anzali, Shahrekord and Kerman) was investigated. Drought extreme events (SPEI≤-1) were identified from the monthly series for the base period and the period 2021-2051 under the RCP scenarios, and the characteristics of intensity, severity and duration were extracted.

As it is difficult to define when the drought started and ended, previous researches assessed the risk of drought in an indirect way by conducting the frequency analysis of the drought indexes.

SPEI can reflect the effect of not only the variability in precipitation but also the variability of evapotranspiration. Thus, this study used SPEI. SPEI is the difference between the random month 𝑖 and PET obtained by using the precipitation and the Hargreaves & Samani (1982) equation, as shown in

Here, 𝑘 is the time scale of synthesis, and 𝑛 is the month used for calculation.

The severity and duration and drought intensity were calculated using SPEI. Negative SPEIs mean the dry condition; a drought event is defined when the SPEI is continuously negative and reaches a value of “−1.0” or less. Thus, it is assumed that “−1.0” is the threshold level and that the drought starts in the level lower than “−1.0” in monthly SPEI. The aggregate of SPEI while one drought event lasts was defined as the severity of drought. 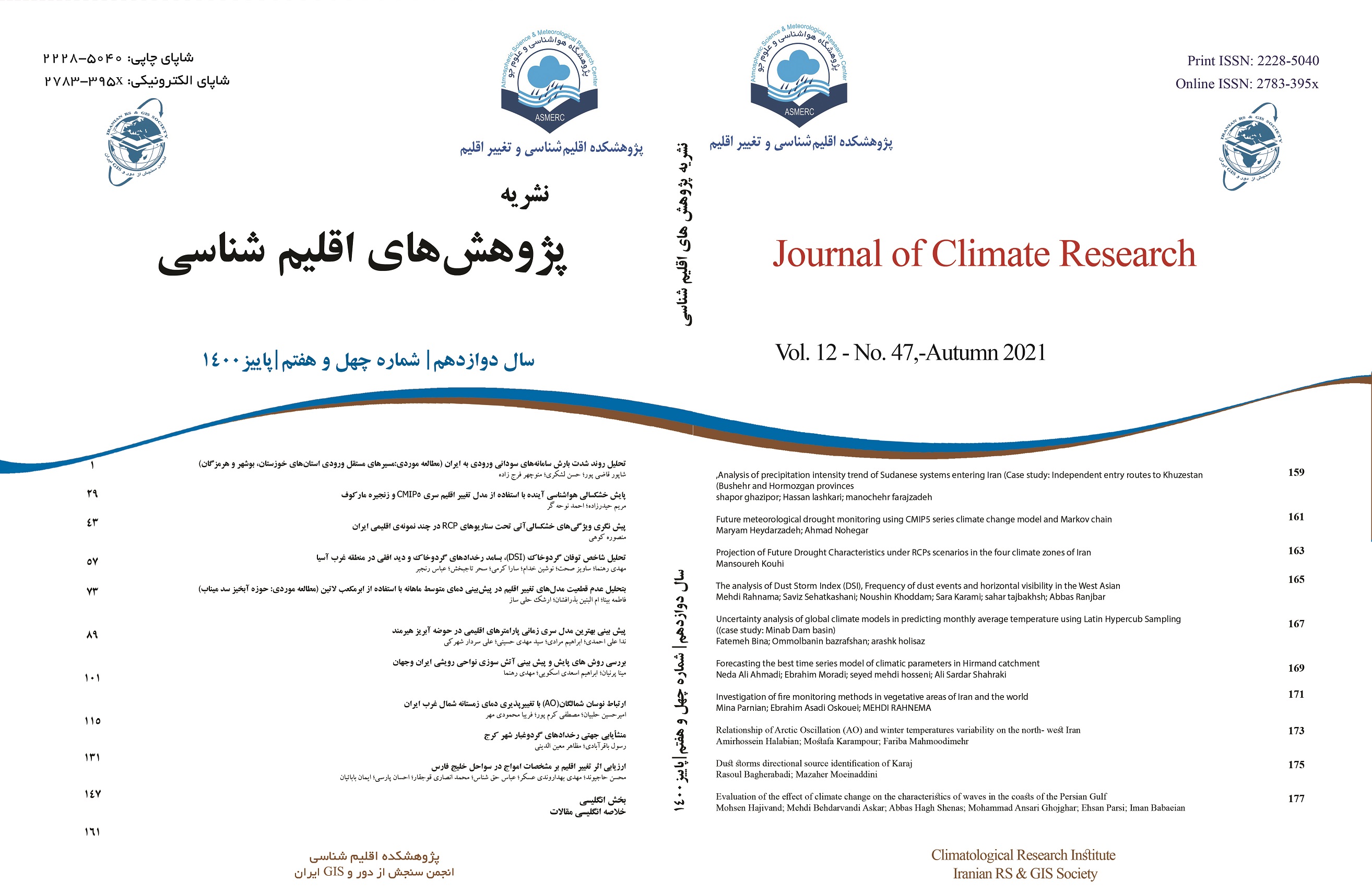